Further discussion on HOW TO FIGHT INFLATION AND FUND FUTURE BILLS 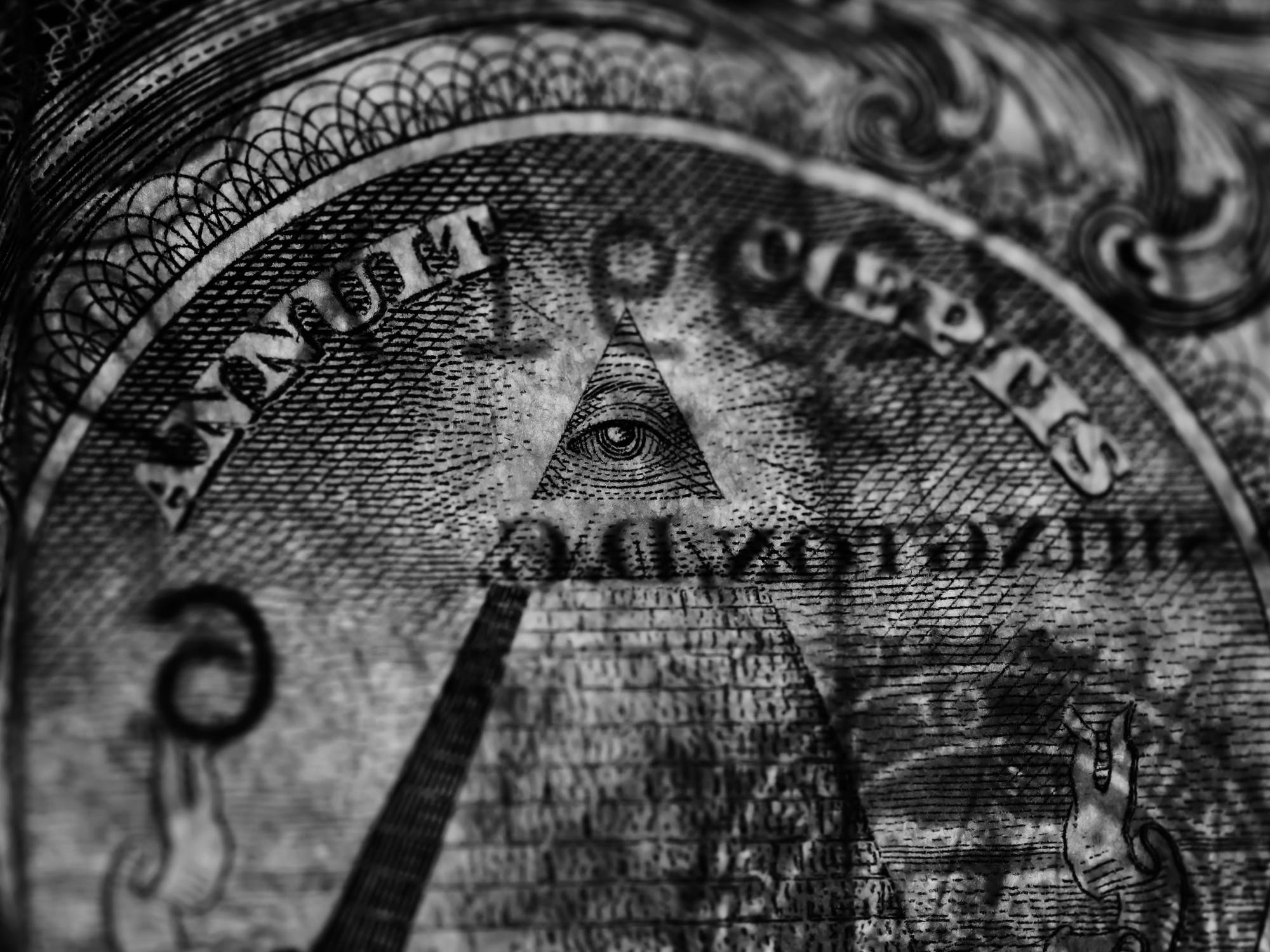 This way the Federal Government would have full use of such (bond) money and the bondholder would thereby avoid (delay) paying any income tax on such income used to purchase said bonds until redemption in a future year or bond maturity date (if a bond maturity date is assigned.)

The advantage to the bondholder would be multi-fold. (1) The bondholder could redeem any bonds purchased in a year where there was a loss or minimal or no income. This way by combining (and declaring the income from the bond) in a year of loss, no income, or minimal income the tax paid on the income from the bond could now be less or zero when combined with a loss (negative income), no (zero) income, or minimal income.

(2) The bondholder could redeem any bonds purchased in a year where the corporation or business expended capital (income) for any legitimate business deduction—equipment purchases, work done or services rendered to the corporation or business, business startups, expansions, etc. That way, the bond income used instead for a business deduction would not be counted as net taxable income. The same analysis would work for the costs resulting from any unexpected emergencies.

NOW one would say—Wouldn’t the above scenarios result in the government collecting less taxes?? NO, NOT REALLY AND HERE’S WHY>>>

Because someone will pay the tax on that money. For example, in all the above even in years of loss, no or minimal income, these monies would STILL be paid out to employees, suppliers, creditors, independent contractors and/or other businesses rendering services to the company-corporation in question adding to THEIR (net) incomes and THEY would pay any added, additional tax on their incomes generated from the income produced from any redeemed bond.

(4) Even in years of income, the corporation or business may still want to redeem any of these Profit Carry Forward Tax Deferred Bonds when the corporation or business still making a profit but say a lesser profit may still want to redeem and declare such additional profit to give a healthier year-in and year-out steadier no-dips in multi-year yearly profit statement(s).

(5) And should a good (hot) business or investment opportunity arise then redeeming these Profit Carry Forward Tax Deferred Bonds AND paying the tax would, IN AND OF ITSELF, make sense.

Lastly, in a macro-economic money supply analysis, by providing an option for these Profit Carry Forward Tax Deferred Bonds this would allow for years or periods of time where investment and/or other business opportunities were de minimis and as a result corporations, businesses, institutional investors or wealthy individuals could simply shield part of their extra income and profits from any taxation, allow the government full use of this money where instead we would otherwise have a situation for ripe for INFLATION of too many dollars chasing too few business investment opportunities.

IN OTHER WORDS, these Profit Carry Forward Tax Deferred Bonds, again, would act as a self-regulating VARIABLE “shunt” shifting large pools, hundreds of billions of dollars, away from the private sector and stock market when business-investment opportunities were poor OR OVER-SATURATED. THIS STRATEGY THEREBY DIRECTLY PREVENTING INFLATION.

“Parking” large sums of cash in new temporary “holding-pattern” government tax shelters (i.e., these Profit Carry Forward Tax Deferred Bonds) and when business and investment opportunities materialized, these participating bondholding corporations, businesses, institutional investors or wealthy individuals could then “cash in” their Profit Carry Forward Tax Deferred Bonds, pay the tax due and owing and still make a profit when business and investment opportunities were more realistically available and profitable.

PLUS, with these Profit Carry Forward Tax Deferred Bonds being issued, the government instead of collecting a 21% corporate tax rate, though being a tax, such being “free and clear”, the federal government would be able to raise almost 5 times that amount “in one fell swoop.” For example, if a corporation, business, institutional investor entity or wealthy individual paid the tax on say $100,000 net taxable income, the government would collect $21,000 “free and clear” but if that same corporation, business, institutional investor or wealthy individual purchased a Profit Carry Forward Tax Deferred Bond for $100,000, the government would immediately get that $100,000 in spendable revenue, although, that $100,000 would, in the future, have to be paid back.

BUT, when these bonds mature and/or are redeemed, EVERY YEAR there would be new corporations, businesses, institutional investors or wealthy individuals and a multitude of middle-class income earners as well taking advantage of and purchasing into this new popular Profit Carry Forward Tax Deferred Bond Series and such new incoming Bond revenues would be used to cover any Bonds maturing or being redeemed. But remember, taxes would ALSO continue to be collected on any Bonds maturing or being redeemed.

NOW all this would have to be “finely-tuned” by experts as to what amount or percentages of incomes could be converted into these Profit Carry Forward Tax Deferred Bond Series OR EVEN THE AMOUNT OF TAX DEFERMENT. What the maturity dates of these bonds would be if not redeemed. Whether these special series bonds could accrue yields while being held to be applied against taxes due and owing on tax being deferred. Whether any tax rates or progressive levels would be changed and/or POSSIBLY ENACTING A CORPORATE MINIMUM TAX REQUIREMENT FOR ELIGIBILITY TO PURCHASE Profit Carry Forward Tax Deferred Bonds to begin with!

If the government were to offer a partial tax Deferment of say ½ of the current corporate tax rate of 21%, this, under present circumstances, would still be a “good deal.” For example, instead of getting a total tax-free determent when buying a U.S. Treasury Bond and paying the 21% tax rate upon redemption, say the corporation, instead, pays 10% in taxes to qualify for this Special Bond Purchase, then pays the remaining 11% when redeeming, that still makes sense as things stand now. Otherwise, when paying 21% on net profits that would mean to get the same benefit as paying 10% on net income used to purchase U.S. Treasury Bonds under This Plan, the corporation would have to find an investment, business-wise or stock market, making an 11% return, which under present circumstances would be a “pretty lucky find.”

In closing, these Profit Carry Forward Tax Deferred Bonds–ARE BEING DONE WITH THE SINGLE AND SOLE PURPOSE OF HOW TO BEST UTILIZE, REALLOCATE AND REDISTRIBUTE LARGE CACHE SECTORS OF MONEY SUPPLY TO MAKE OUR ECONOMY MOST EFFICIENT AND PRODUCTIVE BY ‘parking” large sums of cash in these Profit Carry Forward Tax Deferred Bonds when business and stock market investment opportunities are “down” and when business and investment opportunities materialized, these participating bondholding corporations, businesses, institutional investors and/or wealthy individuals could then “cash in” their Profit Carry Forward Tax Deferred Bonds, pay the tax due and owing and still make a profit when business and investment opportunities became available.

Finally, This Plan would have the additional effect of propping up a presently sagging bond market because of presently low bond yield interest rates AND would give The Fed greater control over keeping interest rates low because of the sheer, greater volume of U.S. Treasury Bonds being purchased on a yearly basis and (as a result) a better handle on Our Economy and greater command as to when to raise interest rates at the appropriate time when economic conditions dictated such a move (an interest rate increase) versus having to (ever) raise interest rates to compete for dollars (Money Supply) simply to adequately fund government expenses and also to avoid Debt Ceiling congressional voting controversies.